I am just wondering if we bought a lemon or if other have similar issues. Pls see the list. What is worth is that Lance reaction to emails and phone call is not existent. Even the dealer we bought the Camper in August 2020 does not know what to do.

1)Valve for black water tank, the bottom needed to be opened

2) front cover of the awing flew of in strong winds, still waiting for the replacement

Not to talk about this topic.

1) Bathroom closes shut dependent on temperature and humidity in Camper

4) multiple part like the jacks and other metal pieces are starting to rust.

We have been driven about 16,000 miles with the camper which is not much in comparison what we did with the old Arctic Fox which we drove for 80,000 miles with no repairs.

I am curious to hear what your experiences are.

I've had my 995 for 6 years, 50k miles.  I fix small issues every year, maintain the caulking and seals, and have had one plumbing leak.  It's a house subjected to the sun, poor highway conditions, gravel roads... it will need repair.  I signed up for that.

Imho, I am pleased with the quality and reliability.

It sounds like this unit was built at the beginning of Covid and they were short-staffed, getting ready to shut down for a while and just trying to get everything out the door.  That is no excuse, but something I could see happening at that time. If it was built prior to that, then I haven't a clue why they would have thrown it together in such a way.

Have you thought about taking it for a drive to Lancaster CA and having a visit with Lance?  I think I would do that.  Show them the problems and take the paperwork from your dealer about everything he has done for you.

1)Valve for black water tank, the bottom needed to be opened

Ours leaked so we bought an additional clear valve to assure it stayed sealed.

2) front cover of the awing flew of in strong winds, still waiting for the replacement

Ours did this on the initial drive home.  Lance sent us a set and the awning folks sent us a set.  Both blamed each other. The same thing happened on our Class C we had.

No issues and a dealer problem not Lance

Not to talk about this topic.

1) Bathroom closes shut dependent on temperature and humidity in Camper

Ours wouldn't stay shut, we were able to make an easy adjustment.

4) multiple part like the jacks and other metal pieces are starting to rust.

Our Dometic Refrigerator stopped working twice.  We have a level inside the fridge to make sure we camp with it level. Dometic is Norcold and after a few weeks they sent the dealer in Houston the coolant part which the dealer miss wired.  We took it to a shop in Round Rock where they found it miss wired and I'm not sure what else but they corrected it and installed the fans we purchased.  Norcold told us in our hot climate we need air movement behind it.  We bought two sets of fans, one for the bottom inlet and one for the top. Our freezer set on 7 runs at -4 degrees and the fridge at 34 degrees.  The Round Rock dealer had never used the fans we purchased but will from now own.  We researched and bought them on google. They are Beech Lane and fit inside the Dometic outer doors. Anyone can install these but since it was at the shop we had them do it. The bottom fan brings air in and the top fan moves it out.  We still have the one that was installed in the TC.  Each set has two 5 1/2" ball bearing fans on it and are quiet.

We had a small seal inside above the refrigerator that came off and isn't needed.  The curved wood above the dinette wasn't nailed in and had a 1/4 inch gap.  We know ours was built in the third quarter of 2021 and worse yet, built in californication.  The government there is part of the issue.  We scheduled a tour and weren't able to go because of covid. We wonder how a beautiful state could elect so many idiots.

Can you be more specific about the type of batteries (flooded lead acid, AGM, lithium) and the issue(s)?

We bought a 2018 1172 new and we certainly had more than our fair share of problems to the extent I questioned Lance's quality assurance and wondered if there were any product managers willing to listen.  Lance and their dealer was responsive, but their time and money would have been better spent in alleviating the problems before their product left the plant. Unfortunately with Covid, and now housing costs, the RV demand has created greater problems with quality as manufacturers' greed overrides any assurances and resolutions with respect to quality improvements.  In retrospect it might have been better to buy a used RV whose problems have been resolved by the previous owner.  I know our 2018 1172 is a better today than when we purchased it.

While there are probably exceptions, most all RV manufacturers have had to deal with quality issues because of the pandemic.  Getting parts has been a problem, and many long time workers retired or found other jobs.

As a result, Lance had to replace a number of their long time workers with new people.  It’s a learning curve for the new people!  Consequently, there has been an interim where quality has been affected.  This is mostly small things and not construction items.

Hopefully all of the issues you are dealing with are easily fixable, so can enjoy using your nice camper  😎

I owned an 1172 from 2016 until recently....It was a 2016 and I bought it new.....It was well travelled, from San Diego to the Artic Circle, a few trips to the Midwest/East Coast....It was well "bounced" on the AK trip.......Very minor issues, the Carefree went down while under warranty--I found Carefree miserable to deal with....Lance stepped up and replaced it at the factory....I always found Lance to be receptive and ALWAYS answered the phone....(.Mike Williams really made a ton of money for Lance over the years by being just a good guy and receptive to issues).....No issues  at all significant that I was not able to handle myself after the warranty expired..I was more than happy with my choice....I doubt I would buy a new RV today....Maybe back to a Newmar Class A but then I hear they are having issues with QC also.....We as customers just cannot let the current state of the industry become the norm....It was not just a few years ago....If we do QC will never return..... 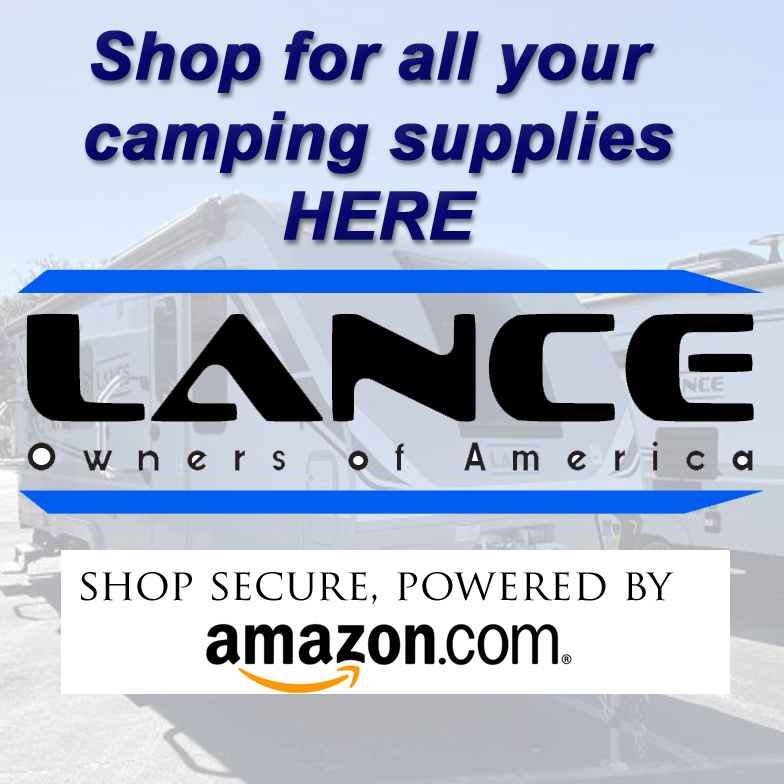 Searching for the fountain….🍷
10 minutes ago

Propane Furnace isn’t reliable in cold weather
56 minutes ago
Its That Time Again..Christmas is Coming
1 hour ago

A Platterful of Camp Hosts & Thankful Jackalopes!
1 hour ago

Do I see a trend here?
2 hours ago

TIP of the DAY on LOA!
2 hours ago

All Topics
RobertMT replied:
I ordered 22" Blackstone, for daughter, $127 on Walmart.

Nutman replied:
C’mon Bob………. You know you would be so much better off knowing she was 100% totality happy………, but that ain’t gonna happen unless you...

jarheade6 replied:
I got tired of the Matching Salvation Army cookware in our TC. Ordered the Magma ceramic coated and DW has not looked back! Happy wife,...

Allendale replied:
Pretty much the same here. I do probably 80% of the cooking on our Blackstone grill anyway. We carry a 10" and 8" skillet along with a...
Nutman replied:
That set looks really great and would be a consideration except I find I cook different in the RV than at home……., although I have a...

Les1 replied:
While there are probably exceptions, most all RV manufacturers have had to deal with quality issues because of the pandemic. Getting...

Les1 replied:
Magma products are expensive! I have two of their SS grills that are great. For years their target customers were elite boat owners. But...

R&V Spiker replied:
Price! I don't think their panels are any better or worse than what can be found for considerably less money. At least that's the way it...

We're sorry. You must be signed in to continue. Sign In or Register
×

Are you sure you want to remove from your Block List?
×

When you block a person, they can no longer invite you to a private message or post to your profile wall. Replies and comments they make will be collapsed/hidden by default. Finally, you'll never receive email notifications about content they create or likes they designate for your content.
Note: if you proceed, you will no longer be following .
×
Link copied to your clipboard.
×
Loading...